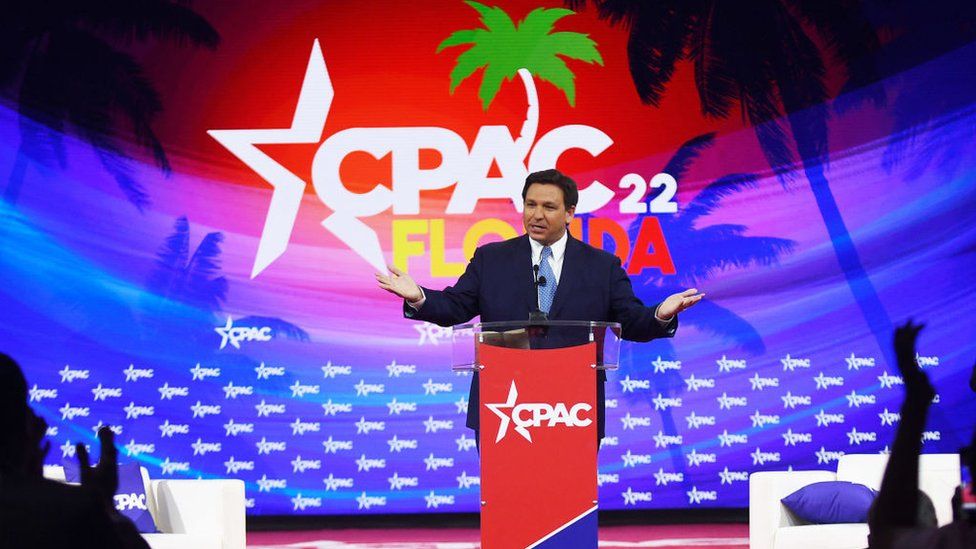 From the Left- The Daily Commercial: Fomenting hate in America

Author and historian Jon Meacham wrote a wonderful book called “Saving the Soul of America: The Battle for our Better Angels” because, unlike Ukraine under threat of annihilation based on Putin’s lies, we are fighting to avoid imploding based on the insanity of the far right and their continuing bombardment of hateful conspiracy theories and outright lies.

When the GOP CPAC met this past weekend, the speeches were filled with the most vile rhetoric toward anything related to the Democrats. I read one of Matt Gaetz’s tweets where he wrote, “mean tweets work,” which is the philosophy of the far right, the politics of fear, which has always been Trump’s modus operandi.

While the people of Ukraine are fighting for their lives and democracy, Trump is calling Putin a genius. Both Trump and Tucker Carlson are on Russian TV praising Putin for his actions, so Russian TV is milking this for all it’s worth. Why is the person the GOP lauds as the best throwing his hat in the ring with Putin, ignoring his oath to the Constitution?

Based on the clips from CPAC and the applause I heard the other night, the deceits, falsehoods and conspiracy theories will not stop any time soon. Also, I understand the gullible people in the room said they would vote for Trump in 2024. That’s great, but remember, 81 million people voted against Trump and his autocratic objectives, and we’ll do it again because Trump will not — and cannot — adhere to the Constitution, the rule of law or the Bill of Rights.

At CPAC, DeSantis touted how Florida escaped “Faucism.” How? By decrying mandates for masks, encouragement to get vaccinated and social distancing. Remember, 60,000 Floridians died during his tenure. How mature and intelligent was that comment!

It seems to me that DeSantis is a bit of a hypocrite. He is carrying on about the Biden mandates, and yet he is doing the same thing and worse. No masks, no vaccination passports, but when you get sick, his donor has a wonderful, expensive treatment for you (except it doesn’t work for omicron); no diversity training, no saying the word “gay.” All of this hate represents GOP dog whistles paving the road toward autocracy and, in order to do this, the GOP has to turn Americans against each other.

Although CPAC was well advertised, there was a second “secret” meeting: The white capitalist conference held down the street. The very special guest speaker was Rep. Marjorie Taylor-Greene. She led a discussion entitled “They Can’t Shut Us Up.” We already know from her relationship with Matt Gaetz that no one can turn off her lies other than the folks who go to the polls and who will hopefully vote her out.

What made this meeting so contemptible was the attendees cheering “Putin! Putin!” and comparing him to Hitler, which they thought was a good thing. These are not patriots, they are anarchists. If our republic is to survive the next few years, we must remain focused because we are on the precipice of a war to protect our democracy.

Since World War II, we have built a way of life based on respecting the dignity of each person, celebrating our diversity, our individualism and our freedom. During WWII, everyone was asked to make sacrifices in order to defeat the Nazis. In this century, we were called on to fight together to defeat COVID; however, with many members of the GOP, we have failed miserably to work together as a nation, thus the loss of almost 1 million Americans.

Lastly, I was reading an article based on comments made by the Capitol police on Jan. 6. After the rotunda was cleared of insurrectionists, several officers collapsed on the floor in the rotunda, openly weeping, and one called out, “Is this America?” Let me say this, democracy is not free, it has to be tended to, seeded, watered and fertilized; it will not thrive on its own. As Sir Edmund Burke said: “All that is necessary for evil to prevail is for good men to do nothing.”