FROM THE LEFT-The Daily Commercial: Determining the destiny of our republic 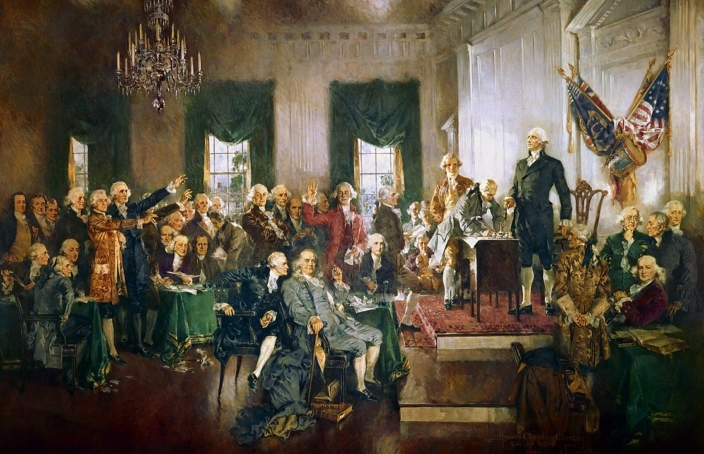 Determining the destiny of our republic

Entrancing spectators with a callous crock of nonsensical drivel, an “all in the moment and not nearly enough about the work” self-idolized boor radically alters the United States of America’s goals and procedures of highlevel policy plans into deceptive tabloid headline tweets. Sudden dramatic turn of event staged distraction diverts from serious statecraft solution processing. Safety barriers are broken down surrounding truth and ethical behavior. “All the hundreds of little steps, some of them imperceptible, each of them preparing you not to be shocked by the next.”

While the bully power mesmerizes with a magical shell game of moral crusade, “friendly fascism,” and autocracy — offstage, an inside coup methodically destroys the structural framework of a nation. It’s norms. It’s rule of law. It’s Constitution.

It’s sacred oaths. In the finale we are left with a pathetic braggart-inchief who is corrupt down to his bone spurs.

A recently released bipartisan report acknowledged blatant Russian interference and access into America’s political party computer networks gaining information used against our republic and its democratic process of one person, one vote. The Trump Administration, ineffectually idling and running on empty, negated the report and plowed over truth, fact, and reason all while relying on uncouth absurdities against our actual allies. They then proceeded to drive over the cliffs of revenge, greed, and delusion into political folly.

Our president has taken the skillful management of multilateral dialog statecraft and repositioned that accomplished and orderly procedure to one of ‘money up” pay to play grift. All while hypocritical self-righteous Republican enthusiasts, along with Kremlin cronies, cheer the U.S. domestic divide and conquer mentality.

No longer the Grand Old Party, far-right conservative Republicans use division with left and center, blame Democrats for Trump Administration malfeasance, and employ the White House and its Department of Justice for personal benefit.

Tunnel-vision Trump supporters apply cult-like phantasmagorical thinking to green-light their behavior. Perhaps because of militant Biblical conviction, perhaps due to inner fear of “the Other,” or perhaps fear of possible replacement in an unpredictable changing world.

“Selling their souls to carry water for the unworthy”, their submissive defiance allows for disreputable low-minded actions and cruel unethical deeds. The Republican Party has apparently traded American exceptionalism for Russian greatness — and, a little easy money. Providing that thing of value to keep their great ‘Oz’ in power the loyally obsessed apparently can’t figure out how to live with, or without, Donald Trump.

Republicans have always tended to veer toward a sunk cost fallacy; or trying to get something out of nothing. Not willing to write off a loss, they dig themselves deeper into a hole — possibly all the way to China.

As we try to make some sense of the day-to-day jostle, a clarifying unriddling of our present-day political landscape begins to unfold like a deceitful sordid dark master plan’ We are faced with a Republican Party that nurses a viper. Lacking credibility, a counterfeit leader abuses democracy’s authoritative powers while doing nothing to uphold its ideals and beliefs – the constitutional doctrines of which our republic is built upon.

As we move forward in these divisive times we need to ask, and seek answers, as to whom may be exploiting the American republic and its democratic principles with a potentially criminal destructive inside game, and why?