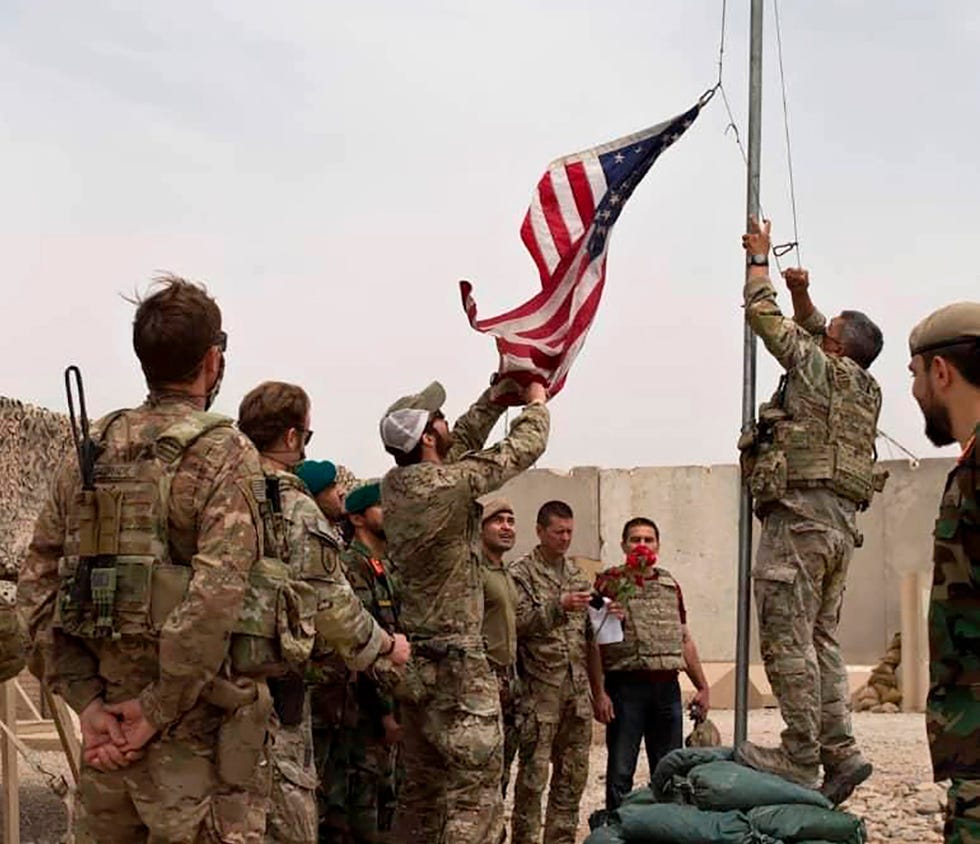 Sen. Scott, in your “Week in Review” newsletter of Aug. 27, you expressed feelings of anger, heartbreak and mourning at the loss of life in the terrorist attack at the Kabul airport on Aug. 26. If your letter had ended there, it would have been received by all as appropriate. Even a call for an investigation might have been excused as you’re just making sure we know you are doing your job despite the sad circumstances.

When you referenced the “needless” loss of life, and President Joe Biden’s failure, you began to turn the corner toward partisanship over patriotism. Of course, we don’t know how former President Donald Trump would have handled the situation of withdrawal, which he had scheduled for May 1. Neither did Biden, who, when he should have been briefed on the withdrawal plans, received nothing due to Trump’s refusal to concede the election. Never mind that Trump had been provided the courtesy of a full transition briefing even though his election in 2016 had much closer vote margins than the election he lost in 2020. Trump chose, breaking with long-held presidential tradition, to withhold vital information for running our country just so he could try to hang onto power.

It is not clear that Trump had an evacuation plan. If there was one, why was that information not provided to the new administration? And why, in the months after Jan. 20, did he not come forward to offer it? (He did send a lot of folks down to the Capitol on Jan. 6, but most of that effort didn’t seem aimed at a peaceful transition.) In a recent phone interview on Fox Business, Trump was given several softball questions about what he would have done differently. Other than rather incoherent rambling about Biden being controlled by unnamed shadowy forces, his only plan seemed to be to leave the country in smoldering ruins. He did not articulate how his plan would have been a “tremendous win,” but it seems to be like his plan that left us the best health care system in the world. He certainly had nothing to say about emasculating the Afghan government by leaving them out of negotiations or the 5,000 prisoners he freed as part of his “deal” (read “surrender”) contributing to the collapse of the government and the speedy Taliban takeover.

While we don’t know what Trump would have done, his performance in office suggests we can be pretty certain of a few things: It would have been all about him; the primary objective of the mission would have been, above all, for him to look good; of the more than 250,000 allies left behind and in danger because of their work to bring democratic ideals to the Afghan people, how many would Trump have saved? In light of his rather incoherent plan to threaten and/or use force on his way out, and his characterization of Afghan refugees as “terrorists” and “rapists,” I’m willing to bet close to zero; finally, if anything had gone wrong, Trump would have immediately found a high-level scapegoat to throw under the bus, claiming no responsibility.

Scott, it seems to me that your calling for use of the 25th Amendment against Biden originates from the fact that it was invoked in the last administration as a remedy for Trump’s incompetence. But given the lack of substance, or even alleged substance, at this point the tactic would be more appropriate for a schoolyard squabble between immature adolescents than for a sitting United States senator. In fact, most of your piece on the Afghanistan withdrawal reeked of blatant partisan squabbling unbefitting someone in your high office.

With so many other countries, and even corporations and wealthy individuals, assisting in the evacuation of our allies from Afghanistan, the question becomes, what will you and the Republican Party do to assist in this effort? Or do you prefer to be seen on the side of those who would fearmonger against “foreign invasion” instead of protecting the allies who fought at our side for more than 20 years? I imagine there are some veterans of the Afghan war who would like to know.