FROM THE LEFT- The Daily Commercial: COVID-19 scare exposes some truths 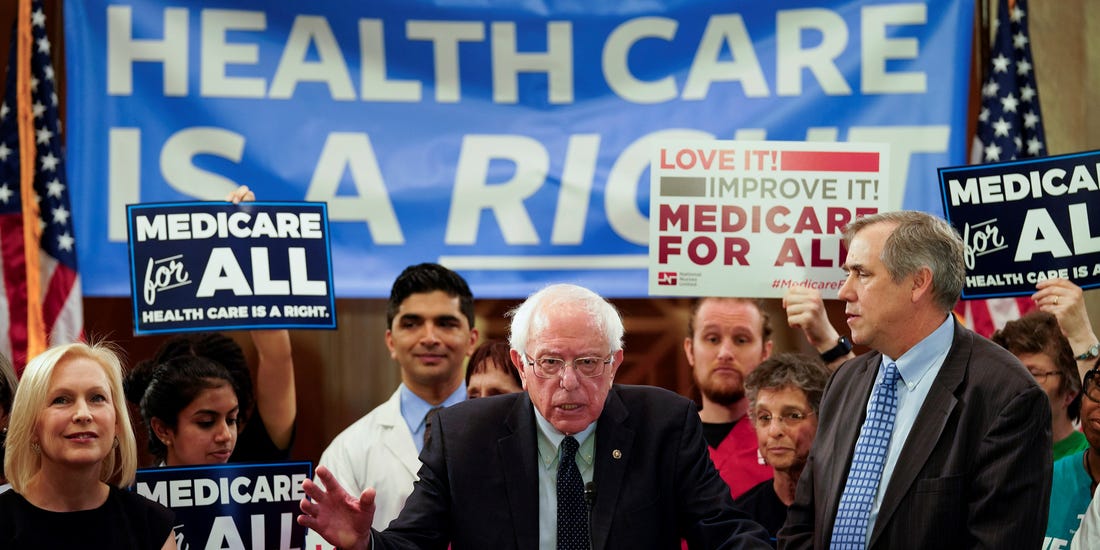 The world-wide Covid-19 pandemic has demonstrated how important keeping all humans as healthy as we can is not only humane but also economically necessary and paramount. Furloughed employees lost employer health care, dramatically making the case for universal health care. We have rediscovered how sociable we are.

Now all the folks who said socialism is the boogie man are embracing what they call publicprivate partnerships wherein the government funded by the taxpayers gives money to the capitalist. The COVID19 scare and the Great Recession exposed the truth because a true capitalist society would have responded with benign neglect to both occurrences. Instead, the people’s government bailed out private business. Thus proving that in addition to the tax code, capitalism cannot exist absent public-socialist- taxpayer-government assistance.

The bailouts have been more for Wall Street than for Skid Row.

Science-averse President Trump was stunningly stupidly wrong when he said the virus would just dissipate when the weather got warm. He lied when he said everyone who wanted a test could have a test. His only gut-reliant call that was correct was when he declared New York did not need 40,000 ventilators. On everything else, he lied or ignored facts and just pulled it from his you know where.

When they see a need to provide help to those incapable by circumstance from helping themselves the community steps up with food and other assistance. Locally, thousands have lost permanently or temporarily their underpaid but glad to have jobs. A shout-out to the Republican legislature and Tricky Ricky Scott for the meager unemployment check fiasco!

The absolute dependency upon the heroic efforts of the lower paying health care jobs, food supply, distribution, and other service industries has been awesome. Going forward, we must reward their contributions to our survival.

For most parents of schoolage children, how is that home schooling going for ya? Let’s pay teachers their value. As a public school board president in the 1980s, I advocated for a longer school year, similar to the Japanese. We lose teaching days due to weather and other occurrences, if we had more teaching days a few missed would not be so devastating to learning.

Like Howie Mandell, I have been leery of shaking hands for quite awhile, preferring to grant a hug or fist bump. I hope, now that restaurant workers may be wearing masks as they prepare food or serve and deliver food, they will also understand the importance of wearing gloves: not to protect their hands but to protect the food. I also hope they will use hair restraints. I suspect there will be a proliferation of no touch lavatory doors and plumbing. Let’s hear it for hygiene!

At least the environment is getting healthier as a result of this pandemic.

I appreciate that fossil fuels fueled our economic development however, industries come and go just like the buggy whip industry. Now is the time to evolve beyond that out- dated energy and embrace the future with renewables. Tell coal-hugger Don J. Trump that rolling back environmental law regulations is not wise nor a view to the future.

I used to admire Trump when he was a young brown-haired playboy. Then came the facts about him: the fact that he has a limited vocabulary, speaks in a rambling, incoherent, inarticulate style that is confusing at best. The fact of his incessant lying and inconsistent views are hypocritical, weakminded or mental illness. His childishly vindictive tyrant wannabe proclivity and autocracy worship is disturbing.

The nepotism and appointment of unqualified people to positions with great consequence is alarming. Trump has become skilled at brainwashing his followers, perhaps due to his success, without remorse, at selling many failed products and scams like his Trump University. Not many can honestly say “Now, there is a guy of such good moral character that I must emulated him.”

Heaven save us. If not, surly Election Day shall.