FROM THE LEFT: The Daily Commercial-Conspiracies, carnival barkers, and you 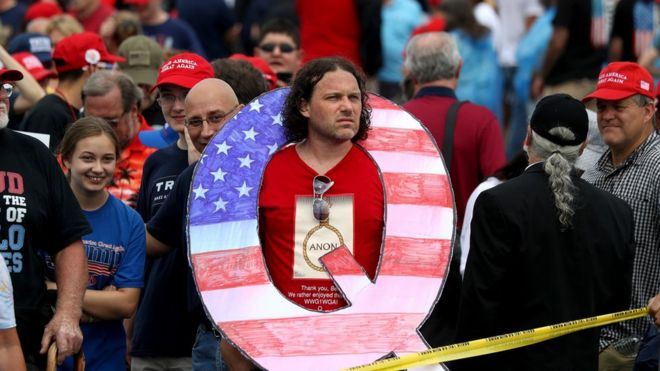 Conspiracies, carnival barkers, and you

“There’s a sucker born every minute.” That truism was uttered by American showman P.T. Barnum as his carnival barkers beckoned rubes into sideshow tents.

And in they went, paying their way to be shown things beyond all logic, reason and credibility. Of course everyone knew it was bogus, but it was fun pretending to believe.

However, you’d have to be a special kind of gullible to actually believe it.

Today’s conspiracy fanatics fit into that same niche. They are modern-day carnival barkers enticing folks into political sideshow tents with accounts that are equally beyond all logic, reason and credibility.

But there is a difference between Barnum’s “suckers” and modern conspiracy “dupes.” Some folks stroll into conspiracy sideshows and actually end up believing the wild yarns. But it’s not in fun.

Instead, conspiracies can be cruel, destructive and calculatedly misleading.

Simply put, they are lies.

Their general premise is that a worldwide organization of pedophiles and cannibals secretly rule the world, controlling politicians, the media, and Hollywood. According to Q, the cabal would still rule the world were it not for President Trump, that he knows about the secret rulers, and is waging a behind-the-curtain battle with enemies that include the military, intelligence agencies and political opponents.

The 2012 Sandy Hook Elementary School shooting took the lives of 20 children — between six and seven years old — and six adults.

They were slaughtered in their classrooms by a deranged man wielding an assault-style rifle. Various conspiracies claim that the U.S. government faked and orchestrated the massacre as part of a plot to promote gun control laws. But, good heavens, put yourself in the shoes of those children’s parents, siblings and grandparents. Imagine their deep hurt and horror caused by such monstrous lies.

Birtherism has bounced around for years. The loudest proponent of this debunked conspiracy is President Trump. He implied that President Obama was not born in the US and was therefore not a “natural born citizen,” a requirement for presidential election. Further, the conspiracists claimed that Obama’s Hawaiian birth certificate and newspaper birth announcements were forged. Of course none of this is true. Oddly, Trump supporters are now reviving the same falsehood, this time against Vice Presidential candidate Kamala Harris.

So, how does one inoculate against such viral conspiracy lies? When confronting questionable conspiracies, one must apply evidence, empiricism, science, logic, history, and the application of a little common sense.

First, listen to your inner voice of reason. In my case, I recall childhood advice about interpreting advertising. “Read it out loud,” I was advised. “If it sounds crazy and impossible, then it’s probably nonsense.” I think that works here, too. Read out loud the conspiracies in the above paragraphs. How do they sound?

Second, consider the source. Use established news sources with a track record of reliability and accuracy. Avoid fly-by-night websites and unattributed memes.

Third, do research. Investigation is easy in the computer age. Start with a basic Google search. Use “fact checking” sites that have a track record for accuracy and academic integrity, like politifact.com and factcheck.org.

Fourth, apply the journalistic rule of using two or more independent, unconnected and reliable sources. Of course, if the conspiracy theory has no verifiable sources, then it rates zero credibility.

Fifth, just as we were all taught not to spread rumors, then we should stop sharing and repeating unproven, wild-eyed conspiracy yarns. Thinking folks also need to challenge those who deliberately misrepresent and deceive.

Conspiracy carnival barkers can be shrill, vulgar and hysterical. Each of us must resolve to promote political discourse based on honesty, evidence, and civility. The continuation of our republic depends on an educated, informed and civil society. Let’s be part of that.

Frank Wood is a retired economics Instructor and past Lake County Teacher of the Year.