FROM THE LEFT- The Daily Commercial: Confederate general was a traitor and coward 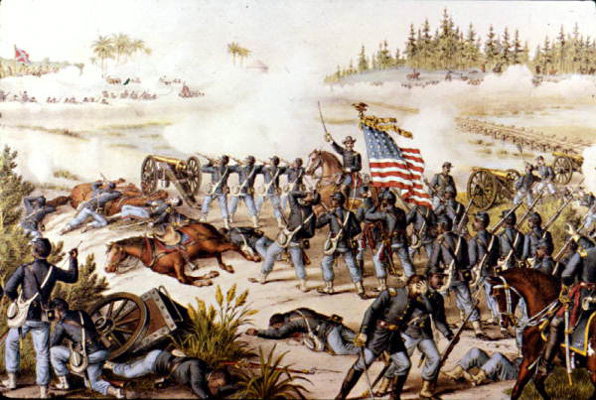 Confederate general was a traitor and coward

This Memorial Day, it would be fitting for Lake County to honor Union soldiers who won the war, who kept their sworn oath to defend the Constitution of the United States of America — and not the institution of slavery.

In the early 20th century, Confederate statues placed in the National Statuary Hall were denounced by Union soldiers as “against the fundamental principles of our republic, and against the honor and integrity of the veterans who nobly gave up life and home to preserve the country … .”

Thanks to Southern segregationists in our Florida legislature, Gen. Edmund Kirby Smith was one of those statues.

Let’s look at the rest of Smith’s story while Bob Grenier, curator of the Lake County Museum, is on a quest to find elusive connections to Lake County for, as he stated, “Florida’s most distinguished soldier.”

Smith, born in 1824 to a wealthy slave-owning family in St. Augustine, went to military boarding school and later to the U.S. Military Academy in West Point, New York. He became a commissioned U.S. Army officer in 1845. He resigned that commission to join the Confederacy in 1861 — an act of treason in violation of his oath to protect and defend the United States of America.

The Confederacy began the war by attacking Fort Sumter in 1861. Statesmen at the time who led this secession movement made it very clear: The defense of slavery was their prime motive and their Confederate Constitution ignored “states rights” clearly stating that all States and Territories of the Confederacy would be required to protect the institution of “negro slavery.”

Smith betrayed his country in support of slavery that caused immeasurable suffering and horrors to millions, and a war that resulted in 620,000 military deaths.

Smith was the last general to surrender, afraid to face prosecution for treason. He made his cowardly escaped to Mexico and then to Cuba, leaving behind his wife and two small children. His wife negotiated for her husband’s return with Gen. Ulysses S. Grant, requiring Smith to sign the Oath of Amnesty. The Smiths’ Tennessee home later became a Confederate rendezvous for veterans.

How did Smith’s statue end up representing Florida in the National Statuary Hall in 1922?

It was intended to honor citizens.

“Illustrious for their historic renown or for distinguished civic or military services from each state… worthy of this national commemoration,” the New York Times reported. “When Florida answered her invitation with a salute to E. Kirby Smith; it was a rebel yell for a common country.”

This “common country” is based on white supremacy. As Confederate Vice President Alexander Stephens declared, “Our new government is founded upon exactly [this] idea; …upon the great truth that the negro is not equal to the white man; that slavery subordination to the superior race is his natural and normal condition.”

Former Confederate Southern states, including Florida, were revolting against Reconstruction era reforms by passing Jim Crow laws, which ended equal protections and voting rights while terrorizing former slaves and their descendants with a resurgence of the Ku Klux Klan.

Almost a century later, we have white nationalists and neo-Nazi groups crawling out from under their rocks thanks to President Trump’s legitimizing and declaring them “very fine people” after their deadly protests in Charlottesville, South Carolina.

Many of those same like-minded people attended the April meeting of the Lake County Historical Society, with one person stating “we should bring back hangings.” They are the current resurgence of white nationalists who want this 9-foot statue of a Confederate general — who was a coward, a traitor and fought to destroy the United States of America in the preservation of slavery — placed in the Lake County Museum.

Grenier’s big binder will not make this statue an acceptable exhibit in Lake County’s Museum.

Memorial Day is the perfect time to remind Lake County Commissioners and the Historical Society that Union soldiers deserve this honor for fighting and winning the war to preserve the United States of America.