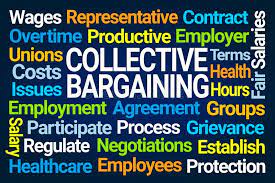 FROM THE LEFT-The Daily Commercial: Bad and good news for workers

For the workers of America, I’m thankful that many workers are beginning to see wage increases and companies offering benefits.

It took a pandemic with people being sent back to work, in grocery stores, warehouse outlets, meat processing plants and schools, to low paying jobs, often lacking health care insurance and few on-the-job protections from COVID-19, for workers to understand how little some companies and elected officials cared about their lives. They began to understand the extent of inequality in our current system where corporations control politicians and workers are expendable.

Under President Trump, even the U.S. Labor Department charged “with protecting the health and safety of workers” took no steps to outline protections for businesses to keep workers safe during a pandemic. In the meatpacking industry alone almost 300 people died with 59,000 contracting COVID- 19.

Millionaires and billionaires doubled their wealth during this pandemic with companies using funds from Trump’s Pandemic Relief Bill to buy back stock and pay CEOs bonuses instead of retaining workers. In Florida, many who lost their jobs were unable to collect unemployment due to former Gov. Scott’s application system that was built to fail. Even more insulting, Sen. Scott and Sen. Rubio joined Gov. DeSantis in calling for prematurely ending federal unemployment payments, implying people who didn’t get jobs must be lazy — even if there weren’t jobs available in their field or available child care.

President Reagan fired unionized air traffic controllers striking to improve their stressful working conditions more than 40 years ago. Since then, the Republican Party has trash talked unions and passed legislation making it more difficult to form or join a union. As a result we’ve seen wage stagnation except for the highest wage earners.

Corporations paying exorbitant salaries to CEOs and stock dividends for investors became more important than the safety of their workers, health care, retirement benefits or wages that matched inflation. Corporations are making billions in profits, and paying little or no taxes with some corporate business models depending on the federal government to subsidize their low-paid workers with food and housing assistance.

DeSantis’ legislation to verify citizenship (E-Verify) exempted the agriculture industry, allowing workers without visas to continue taking jobs in Florida. DeSantis is challenging companies and withdrawing from the Occupational Safety and Health Administration to stop their efforts to protect workers by requiring COVID-19 vaccinations.

Labor unions have done a tremendous job advancing labor protections; child labor laws, 40-hour work week, safer working conditions and increased wages, which benefit all workers because businesses have to compete for employees. But some unions do need reform.

Police unions in some communities are not “protecting and serving” when they protect police officers’ criminal behavior and aren’t requiring officers to get vaccinated, putting their fellow officers and their community at risk. COVID-19 is the leading cause of death for police officers — 716 since March 2020.

Some good news for workers: Employees of large companies are organizing for collective bargaining with their corporate employers for wage increases and better benefits like Walmart workers with Making Change at Walmart’s- changewalmart.org.

Newspapers that have been plundered by vulture capitalists are now seeing journalists organizing union drives with a success rate of more than 90%.

Cornell University’s Labor Action Tracker shows 640 union actions taken against corporations in nearly every state in the U.S. from January through September in 2021.

Gradual minimum-wage increases are not going to cause inflation nor cost jobs. Florida’s minimum-wage law doesn’t reach $15 an hour until 2026. Economically, wage increases reduce the need for government assistance and improve business since workers have more disposable funds to purchase goods and services.

Productivity of workers in the United States reached an all-time high of 112.70 points in the second quarter of 2021. Sixty-eight percent of Americans support labor unions. It’s time for workers to raise their standard of living by organizing.

President Biden’s American Jobs Plan to rebuild our infrastructure is great news for both union workers and our economy.