FROM THE LEFT-THE DAILY COMMERCIAL: AMERICANS DESERVE AN INCLUSIVE ANTHEM 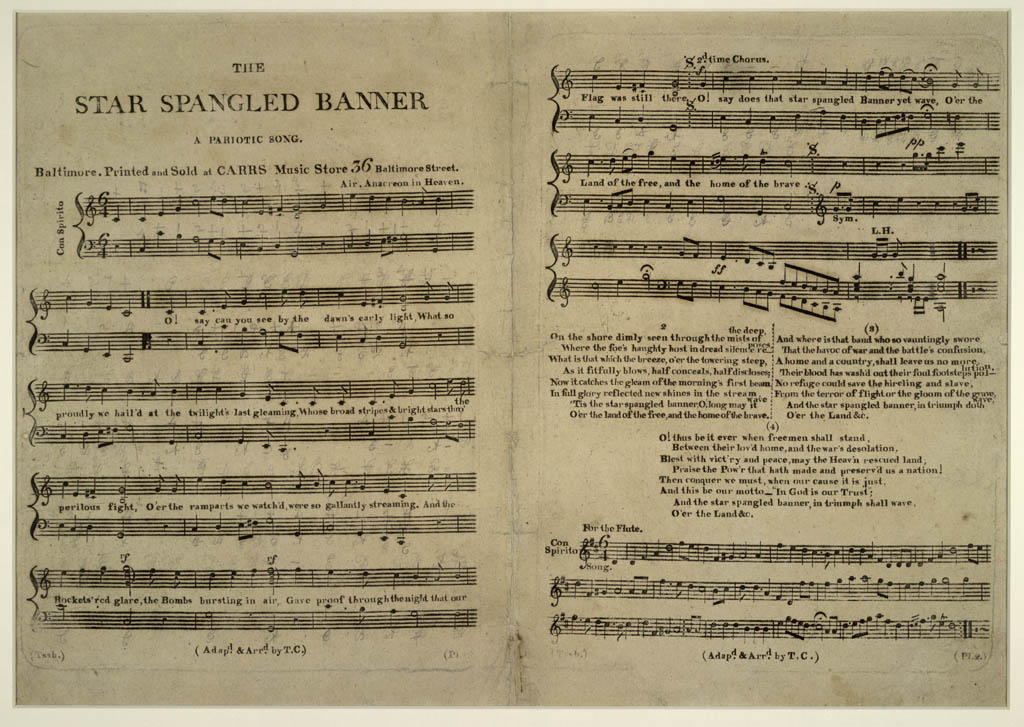 No refuge could save the hireling and slave from the terror of flight or the gloom of the grave.”

Those are words from the third verse of the Star-Spangled Banner, a poem penned by Francis Scott Key at the September 14, 1814 battle of Fort McHenry. The poem became this nation’s anthem on March 3, 1931.

Would we expect gay men should kneel in patriotism to a phrase that disparaged their very souls? Would we expect lesbians to revere lyrics that said they were less than the wonderful humans they are?

Would we expect the physically disadvantaged to stand at attention singing words denying their full citizenship?

Would we expect half our population, the women who were denied equal voting rights for hundreds of years, to feel patriotism singing words designed to question their equality to the other half of us? No, we should not.

Fortunately, such biased words are not in the anthem. Then, we should also not expect the decedents of those “hirelings and slaves” to kneel in reverence to those words in the national anthem!

The poem/anthem also contains “this be our motto — ‘In God is our trust.’” Are our expanding nonreligious Americans supposed to pay homage to a demand that they comply to belief in things not seen?

We desperately need to come together to sing words that unite us.

Inspirational words outlining the opportunities that await each individual who strives to achieve honorable goals.

Words that recognize the value in atonement and forgiveness for racial and gender injustice.

Words that indicate thanksgiving for the bounty this nation offers.

Words that appreciate the religious diversity that includes no religion and all religions.

Words that speak to our helping our fellows in time of need.

Words that sing about our commitment to one another and to a country once divided over slavery.

Words that unite as one and celebrates our diversity in all aspects ofour humanity.

Words, preferably, that inspire faith in the nation.

A national anthem for the United States of America must contain words of “Welcome to America” all those from every country who seek asylum from persecution and possess an overwhelming desire to be free to seek their success.

Perhaps words of apology to the indigenous from which these lands were appropriated.

Words that make us swell with pride in the accomplishments of this melting pot of diversity previously unknown in human history.

Inspirational words of reverence to respecting the nature that has nurtured us and that we vow to protect.

The best lines in the anthem are: “Tis the star-spangled banner — O long may it wave o’er the land of the free and the home of the brave.”

Let us build upon that!

The Pledge of Allegiance: After the decision to overturn a prior decision to compel students to recite the Pledge of Allegiance — penned by another Francis, Francis Bellamy, a Christian socialist — Supreme Court Justice Robert Jackson, delivered the opinion for the majority in the West Virginia case on Flag Day in 1943. He said: “If there is any fixed star in our constitutional constellation, it is that no official, high or petty, can prescribe what shall be orthodox in politics,nationalism, religion, or other matters of opinion, or force citizens to confess by word or act their faith therein. If there are any circumstances which permit an exception, they do not now occur to us.”

From its inception, in 1892, the Pledge has been a militaristic goosestepping- inspired salute ritual of devotion to the state, wholly inappropriate for a free people.

No free person should feel enslaved to any country! Grateful, thankful, yes.

We can do better. I was president of the Indianapolis Federal Executive Association representing 24,000 military and civilian personnel. I am a patriot. It is time to commission the writing of a new and uniting national anthem and Pledge of Allegiance!