FROM THE LEFT-The Daily Commercial: Americans become prey to Trump and GOP 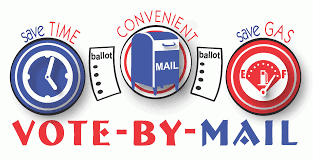 Constructed for optimum survival, a spider’s web is an ecological wonder. In contrast, a human web is an illicit and dishonest scheme of deception entrapping unsuspecting vulnerable victims. A tangled network of corrupt intent designed with cunning falsehoods. A feckless lust for unlawfully gained money, possessions and power. Plundered and pillaged, a treasure trove piracy acquisition.

Cursed and consumed with revenge, Republicans on The Hill have built a web of monumental deceit; a determined, dangerous inside game to ensnare and exploit susceptible Americans. Neglectful navigation and wrongful turns amid treacherous crosscurrent irresponsible failures have been consistent and ongoing.

Multitudes of red-flag warnings unfurl as lie after lie is repeated ad nauseum. Like the devil citing scripture for his own purpose, projectile propaganda spews forth to envelope and overpower truth.

Religious prophecy is used to buffer, and advance, shocking contemptuous, reckless behavior appealing to pessimism, envy and revenge. Like a hunter placing out a salt lick to draw deer to a blind, aroused “church of the holy Trump” Republicans manipulate and pander to impotent adulterated weaknesses.

Full-scale incompetence by entrenched Republican enablers with an incapacity to lead undermines the American ideal. Equitable constitutional rights are lost to a repressed Republican mindset. This apparition of an administration continually seeks to normalize relentless cruelty by using perverse scripted suppression of truth hidden behind a smile of commonplace platitudes doled out with compulsory guile.

Nineteenth Century Russian author Fyodor Dostoyevsky spoke of his “concern that the passion man demonstrates for the lie in order to create chaos mirrors his tortured soul.” His novel, “The Possessed,” tells a “story of misfits who believed in nothing and wished only to destroy.” Characters of absolute cynicism, plots and scandals thrive in taking advantage of the lower instincts in men. Characters “who foresee an earthly paradise in which one tenth of mankind will rule the remaining nine tenths with an iron hand, accept slavery as the price of equality and material wellbeing and extol dictatorship.”

Every revengeful nationalist movement supports lies, bigotry and misogyny. They are open to bribery, overly motivated by money and power, and see corruption as nonconsequential. The 1990s saw Serbian leader Slobodan Milosevic coerce and extort his country’s destitute citizenry. Purposefully lying about a resurgence while professing to make Serbia a great regional power again; in truth, his cold-blooded brutality knew no bounds.

Milosevic led his fatal nationalist movement to its ultimate conclusion — “purifying” society through genocidal sacrifice, preferably of the weak, doubtful and vulnerable while destroying constitutional government, and reconfiguring the economy. Watching our own leaders negate suffering and human loss of life while entangling pandemic tragedy from self-made chaos feels, historically, all too familiar.

In 2010, the Republican tea party confederation controlling the House of Representatives severed funding for national health emergencies by hundreds of millions of dollars. Priorities notwithstanding, Republicans have always found it easy to cut from health and education — guess they’re just used to skimming off the top. But in this particular case, to gut the money from the stockpile for protective equipment and trained medical staff was an inappropriately bad call — and now, an extremely deadly one.

Using bias mentality, normally cautious conservatives shut the door to understanding that prevention is almost always more effective concerning recovery costs. A realistic doctrine of zero tolerance is all about prevention and dollars saved. “The World Bank estimates that every flood prevention dollar averts the need for $7 to $10 in recovery costs.” Factual for pandemics as well. The explosion of COVID-19 could have been avoided in the U.S. with preventative costs of about $4.5 billion a year; a substantial return investment bargain, to say the very least.

We are observing a clarifying unriddling of our present-day political landscape. “Everything that ordinary life is not; cold, sure, undistracted. We are the innocents, trying to make sense of the daily jostle.” Strategies of sabotage, deception, flawed logic and daring are beyond our reach. Slow walking their sordid dark master plot toward reality, our Republican leaders — those given the responsibility to keep us safe — have instead devilishly tricked and entangled Americans within a destructive hierarchical web of deceit.

Ask Florida’s medical examiners about a requirement to stop releasing their own comprehensive list for COVID-19 deaths, insufficient testing concerns and research as to whether heat and humidity affect transmission. Ask your representatives to explain why hard-working Americans must sacrifice themselves on the altar of the Dow-Jones so billionaires can buy another yacht.

Of utmost importance, we need to make certain of a clean vote come November. Trump Republicans will be working overtime to disrupt the vote using election timeline changes, polling site operations, sowing doubt of the election’s legitimacy, and always using suppression of an individual’s right to vote. Voting should not be a matter of life and death. Vote-by-mail will ensure your safety and the security of the vote.

The real America is still alive within us and waiting to come back. The America that fought for all of us, and we for it. That sacred land of hope and dreams. Keep faith in that America.