From the Left- The Daily Commercial: After more than two years, DeSantis has little to show people of Florida Kathy Weaver Guest columnist 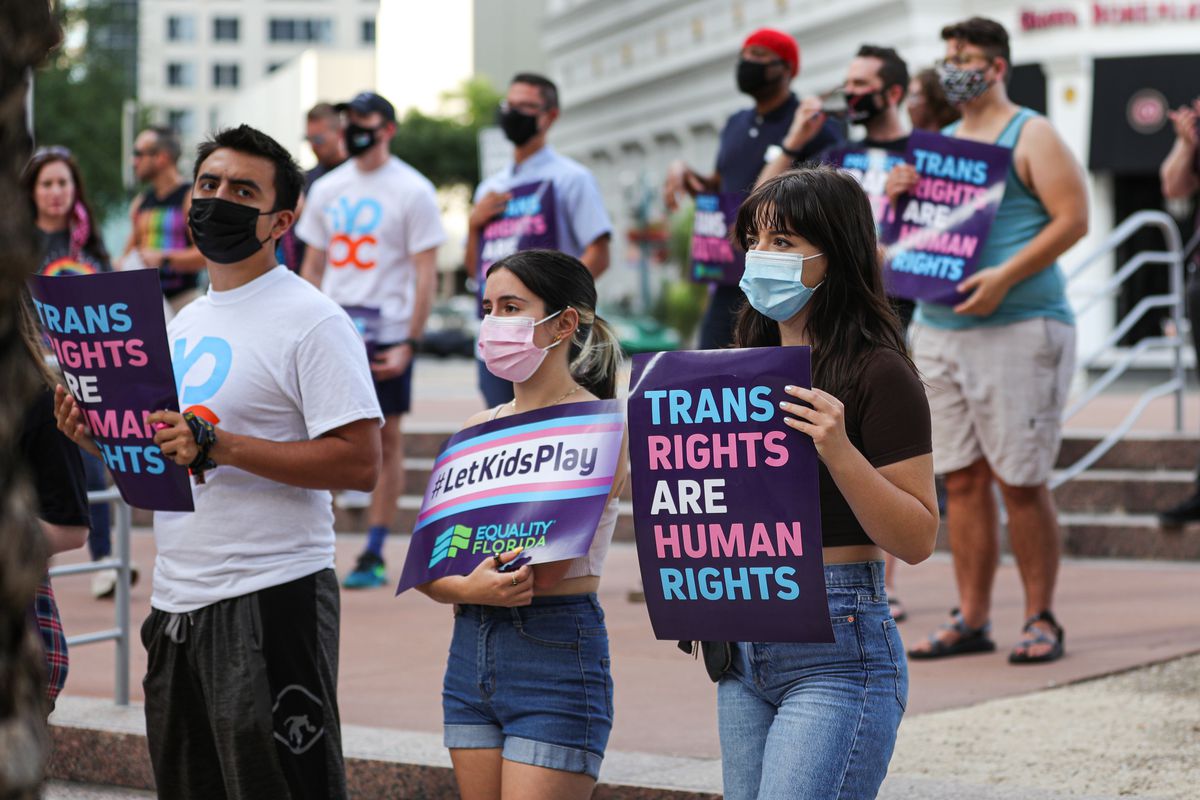 From the Left- The Daily Commercial:
After more than two years, DeSantis has little to show people of Florida
Kathy Weaver  Guest columnist

What has Gov. Ron DeSantis and the GOP legislature done in almost 2 1/2 years for the people of Florida?

Gov. DeSantis made a good start by pardoning the Groveland Four. He should now request the courts review this case, since no crime was committed for posthumous exoneration.

DeSantis ran as an environmentalist and he did remove Gov. Scott’s political appointments to the Florida Water Districts governing boards. Then he delayed until May of 2021, to appoint members to the water authority boards, neglecting to add environmentalists.

DeSantis’ followed Trump’s lead using a deadly pandemic for political purposes, shunning face masks and encouraging Spring break parties. Resulting in unnecessary deaths. Florida is 3rd in our nation with over 2.3 million cases and over 37,000 deaths.

DeSantis did nothing to improve the broken state unemployment website, leaving thousands unable to get unemployment benefits when COVID-19 closed businesses. Florida will end the Federal supplemental unemployment early, in June because the Republicans believe people are living ‘the life of Riley’ on unemployment and Florida’s bottom of the barrel unemployment payments of $275 and 12 weeks of benefits will remain the same.

DeSantis, refused to expand Medicaid Healthcare during a pandemic for over 850,000 low wage workers. Acquiring cheaper drugs from Canada won’t help the uninsured. Medicaid expansion would create another 134,000 jobs in Florida.

Using the COVID-19 vaccine to garner votes DeSantis prioritized Seniors over 65 to be vaccinated first, because of the high death rate for seniors. In reality, the majority of seniors who have died are residents of long-term-care facilities with over 11,300 deaths, not residents in over 55 communities. DeSantis’ arrangements with Publix for vaccinations in predominantly wealthy Republican Counties and leaders of upscale retirement communities resulted in campaign contributions.

With Florida’s’ GOP legislature back in session, DeSantis’ “Florida’s model for 2020 election”‘ was forgotten, in favor of poorly drafted legislation in search of a problem. Legislating voter suppression, making it more difficult to vote by mail and limiting drop box availability. Makes sense if voters don’t like your policies or candidates, make it more difficult for them to vote.

DeSantis has raised taxes on Floridians. All online purchases will be charged sales tax. This service was a lifeline for people during the pandemic shut-down. If signed by DeSantis, county commissioners will be limited in the increases they can charge for impact fees for new homes being built and making it will be more difficult to pass any increase. Homeowner’s property taxes will increase as a result for the needed infrastructure and services. DeSantis’ gave businesses tax cuts, even though they pay some of the lowest tax rates in the nation, they won’t have to pay as much for unemployment insurance.

DeSantis has increased voucher funding by $200 million for “almost entirely unaccountable” private schools, 80% are religious. Funding was increased for families of 4 with income of $100,000. Taking money from our public schools that would improve the education for all children. DeSantis’ signed a discriminatory ban on transgender girls participating in school sports.

DeSantis banned businesses from requiring proof of vaccinations in Florida. Some cruise lines aren’t operating out of Florida seaports. Is this restoring our economy?

Biden’s COVID stimulus, passed solely with Democratic votes, is funding DeSantis’ $1000 bonuses to teachers and first responders to gain their votes. He put their lives at risk when refusing to put them first in line for vaccinations.

DeSantis’ anti-protest laws are meant to intimidate Black Lives Matter protestors while making it legal to use vehicles to clear people from roadways, legalizing vehicular homicide. Millions protested nationwide, 93 % were peaceful and laws already exist against rioting and vandalism.

DeSantis’ and the GOP legislature passed a law restricting social media corporations from removing candidates from their platforms who promote violence, supporting Trump’s insurrection rhetoric to overthrow our democracy.

Floridians should expect more than the self-serving “because we can” legislation from our Governor and Republican legislature. Voters need real ‘cancel culture’ to change the ethically bankrupt Florida GOP leadership in 2022.