FROM THE LEFT-The Daily Commercial: After Biden’s win we must fix Trump’s errors 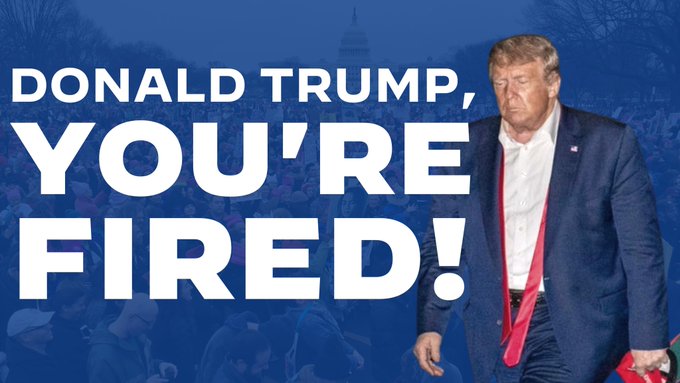 After Biden’s win we must fix Trump’s errors

The scoundrel in the White House has been fired by an overwhelming 77 million votes and soon by a majority vote of the Electoral College. Voters made a decisive decision to save our democracy in the 2020 election. Americans elected Democrats to lead this country: Joseph R. Biden as the 46th president and the first woman of Black and Asian Indian heritage, Kamala Harris, as vice president of the United States of America.

Trump and his Republican allies in state governments used numerous voter suppression tactics to make it more difficult for people to vote safely during a pandemic: limiting polling sites resulting in long lines, limited drop boxes to collect vote by mail ballots, filing frivolous lawsuits to hamper vote by mail and sabotaging the USPS by dismantling sorting equipment and cutting workers hours to slow down the delivery of mail in ballots.

Republican-controlled states legislated that ballots not be counted until after the polls closed on election day, slowing the process for announcing a winner. But state officials in charge of counting millions of vote by mail ballots should be commended for their hours of diligent work to see that every legal vote was counted. There is no evidence of voter fraud in this election. The vote count will be certified by the individual states, confirmed by the Electoral College on Dec. 14 and on Jan. 20, 2021 the oath of office will be taken by President Joseph R. Biden and Vice President Kamala Harris. We should celebrate our country’s momentous victory.

For four long years Trump and the Republican-lead Senate have divided our country with policies and support for white nationalists, calling the press “enemies of the people,” defending institutional racism by attacking peaceful protestors, allowing Trump to befriend tyrants and the inhumane act of snatching children from their parents’ arms. Trump has made enemies of our allies in the world and joined forces with leaders who wish to see the United States’ status in the world diminished.

Trump has increased the wealth of his elite friends in the top 5% income bracket through his tax cuts, welfare for big agriculture after his failed tariff wars, Federal Reserve bond purchases and Treasury Secretary Mnuchin distributing funds to wealthy corporations as part of the bailout during this pandemic, adding trillions of dollars to our national debt. At the same time over 45 million people in our country live in poverty and 11 million are jobless while the Senate Republicans begrudged workers their unemployment benefits.

Now the difficult tasks facing President Biden will begin; with COVID-19 infections raging in the U.S. at a rate of over 100,000 cases a day and over 1,000 people dying every day. Biden understands we must get this pandemic under control to save lives, open businesses and get people back to work, safely.

We must expand the Affordable Care Act, all American’s need health care, the pandemic has made that more evident.

Thanks to John Morgan, Florida workers will gradually increase their wages to $15 an hour. This should be a national effort. It will never happen if left to the goodwill of corporations.

Climate change is overheating our planet, costing our country billions with devastating droughts, floods, fires and escalating storms. We must take action to change this trajectory to save lives, crops, property damage and to prevent the necessity of mass migration.

Systemic racism exists in America. We must end the unacceptable brutality and violence against minorities by the police, injustice in our court system, discrimination in hiring and wages, discrimination obtaining credit cards, mortgages and restrictions on where minorities can live.

The corporate takeover of election campaign finance and the Supreme Court packing done by Republicans with corporate friendly jurists at the cost of people’s rights, must be corrected by seeing an end to Republican leadership in the Senate. Only then can we see our democracy restored, for the people.

It’s time to unite the reality- based community, save lives, improve the economy for all people, restore our democracy and the integrity of the United States of America.