FROM THE LEFT- The Daily Commercial: A leader bereft of morals and sense 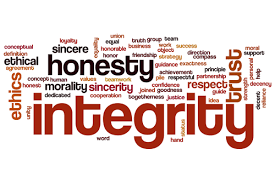 A leader bereft of morals and sense

A fact is a thing that is indisputably the case; there are no alternatives. But to President Trump, fact is “anything I declare to be fact.”

The President of the United States has demonstrated his lack of concern for facts. The man has said in response to climate change facts from Trump scientists and experts on the subject: “I don’t believe it.”

This ain’t Santa Claus we are talking about — it is our very lives and those of our offspring. Trump’s benign neglect is ignorant and uninformed as he is playing with the economy and the sustainability of planet Earth.

Taking the U.S. out of the Paris agreement is tantamount to taking your children out of public school so that your drunk uncle can teach them instead. This administration must rejoin the rest of the world in the fight to combat the doomsday inevitability and arrest the damage we are doing to our planet.

Earth is pissed and trying to spit us out!

Trumpsters say “environment don’t matter none.” Throwing in the towel because you think it is too late is like not attempting resuscitation when you’ve stopped breathing.

When the intelligence agencies of the United States assures that the Saudi prince is complicit in the death of Jamal Khashoggi and Trump replies “the prince denies denies it”, his blissful, chosen ignorance and possible financial conflict dishonors the work of our fellow Americans.

The intelligence agencies reliably, factually, assert Vladimir Putin attempted interference in this country’s elections. But this ignoramus takes the word of one of the worlds most notorious thugs over his own staff. Any real president of the United States would put an unequivocal halt to that invasion of our sovereignty.

He denigrates his agencies’ employees, who have sworn an allegiance oath, because he is stupid. Stupidity: behavior that shows a lack of good sense, judgment and intelligence.

The intel was provided; but since he is loath to read beyond the first few paragraphs, perhaps he missed the point. We have a doofus as president.

Being immoral is to not conform to acceptable standards of morality — to be unprincipled, unscrupulous and dishonorable. Morals are the principles we follow that help us know the difference between right and wrong.

When someone is immoral, they make decisions that purposely violate a moral agreement. Immoral is sometimes confused with amoral, which describes someone who has no morals and doesn’t know what right or wrong means. I think both are descriptive of Donald J. Trump, 45th president of the United States.

He claims his longtime attorneys and accountants are liars — they say it takes one to know one.

Trump grows more afraid and isolated each time one of his cohorts goes to prison or jail.

The legitimate American media, interested citizens and adversaries will go on playing whack-a-mole as this unfit-to-serve nut job and his minions continue to corrupt, lie, and backtrack this country.

There is the rule of law where no one is above the consequences of one’s actions, and then there is Trump’s obstruction of justice.

I can hardly wait until the office of U.S. Attorney for the Southern District of New York brings its many cases against this Manhattan grifter.

I’m glad it was not President Obama who is the subject of all these criminal investigations. His legacy will endure while history will have a hearty laugh over this Trump fiasco.

I can’t wait for the movies or television series.

The Eiffel Tower in green for Paris Agreement