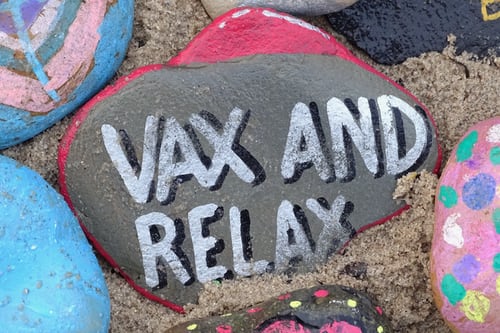 From the Left- The Daily Commercial: Free vaccine only the latest federally-sponsored benefit

Choice Edwards Columnist
When Donald Trump declared that COVID-19 vaccine would be free to all, I remarked, “But of course”. It didn’t sound socialist either. Reminded me of the benefits United States citizens fund, wholly or partially, and so far love and have refused to relinquish.

The Social Security Act was signed into law by President Roosevelt on Aug. 14, 1935. In addition to several provisions for general welfare, the act created a social insurance program designed to pay retired workers aged 65 or older a continuing income after retirement. It is a federal safety net for elderly, unemployed and disadvantaged Americans. For many retirees, Social Security makes up half their retirement income. Without it, more American citizens would retire in poverty. We are a better nation due to it. Over 64 million people or more than one in every 6 U.S. residents, collected Social Security benefits in June 2020.

The Servicemen’s Readjustment Act of 1944 (the G.I. Bill), was created to help veterans of World War II. If you went to war for the U.S. before World War II, you were left to your own devices for education, housing and job training when you returned to civilian life. It wasn’t exactly easy, because college and home ownership weren’t attainable dreams for the average American at the time.

The GI Bill is considered one of the most significant pieces of federal legislation ever produced.

In 1946 Public Law 293 established VA hospitals, VHA operates one of the largest healthcare systems in the world and provides training for a majority of America’s medical, nursing and allied health professionals. The VA health care system has grown from 54 hospitals in 1930 to 1,600 health care facilities today, including 144 VA Medical Centers and 1,232 outpatient sites of care of varying complexity. And the Department of Defense’s Walter Reed where presidents are treated. This is fantastic government health care!

Due to the G.I. Bill, U.S. college and university degree-holders more than doubled between 1940 and 1950. President Bush summed up the impact of the bill in 1990 by saying, “The GI Bill changed the lives of millions by replacing old roadblocks with paths of opportunity.”

On July 30, 1965, President Lyndon B. Johnson signed into law legislation that established the Medicare and Medicaid programs. For 56 years, these programs have been protecting the health and well-being of millions of American families, saving lives, and improving the economic security of our nation. It is funded by Federal payroll taxes, general tax revenues, and beneficiary premiums. In 2019, 60.6 million Americans received coverage through Medicare.

Millions of Americans avoid health care caused bankruptcy as but one result. More Americans sustain good health longer. Apparently, it was deemed a right of citizenship decades ago. Most recipients and their families would say they are better for it. Before Medicare was created, not all Americans could afford health care, as older adults paid more than three times as much for health insurance as younger people. Only a person without a heart would be satisfied that affordability should prevent another person access to health care.

The Affordable Care Act, formally known as the Patient Protection and Affordable Care Act, and commonly known as Obamacare, is a United States law enacted by the 111th Congress and signed into law by President Barack Obama on March 23, 2010. Together with the Health Care and Education Reconciliation Act of 2010 Amendment, it represents the healthcare system’s most significant expansion of coverage since the passage of Medicare and Medicaid. Twenty-three million Americans are enrolled. Benevolent Americans would say we are better for it.

Our taxes fund myriad indispensable government professions including judges, our military, teachers, professors, astronauts, elected officials, refuse collectors, public utility engineers, law enforcement officers, fire fighters, public defenders and prosecutors. That is the system of government we have, it is based on progress, not stagnation, and we love it.