Greed and Feeding the Pigs 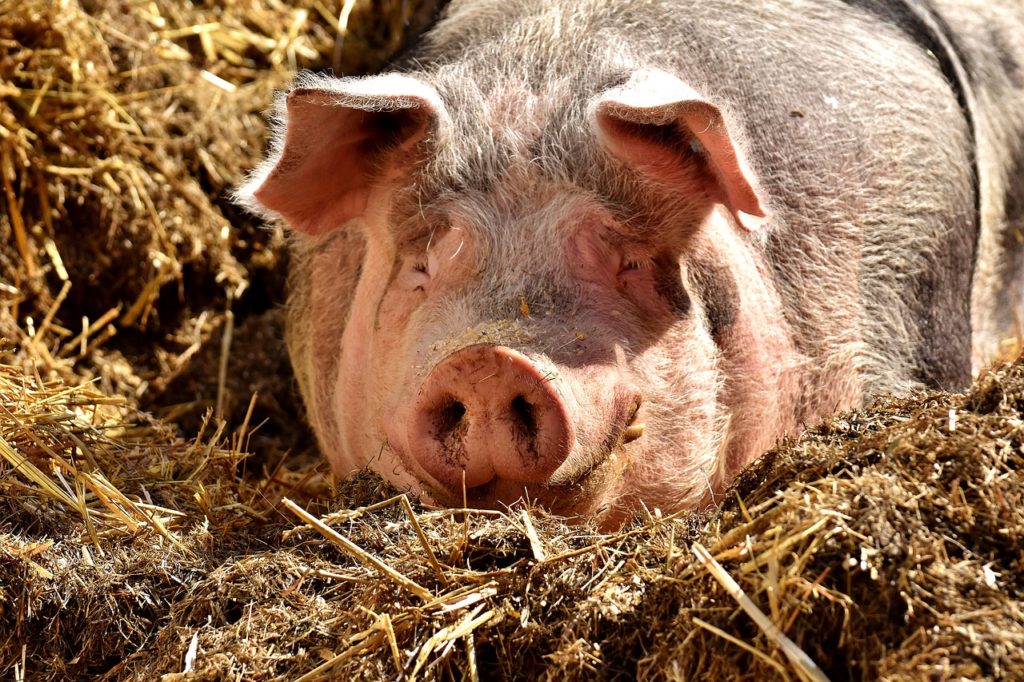 One of my funniest childhood memories is visiting by uncle’s farm and watching his teenage son feed the pigs.

After dumping several buckets of swill into a big trough, he hollered “sou-eee” several times.  In seconds, half a dozen pigs came running from over the hill and down to the trough.  They squealed and collided with each other, intent on slurping up the swill..

I think of those pigs whenever I encounter greed in giant corporations and super-wealthy individuals.

Greed in the pharmaceutical industry keeps low-priced Canadian medicines from entering the United States and stops Medicare from negotiating the price of prescriptions. Greed requires that one-third of every dollar spent on health care go toward supporting private insurance companies, which add no value to making people well. Greed has manufactured enough guns for every person in the United States. Greed privatizes our schools because profits are valued above the wellbeing of our children. Greed pollutes and drains our water supply to enrich big business. Greed drives school loans up and wages down. American’s top CEOs make over one thousand times what the average Florida worker earns. Greed reasons that human labor should be taxed at a higher rate than stock investments and finds creative ways to avoid paying taxes. In 2015, almost thirty giant profitable companies paid no taxes.

Because of the U.S. Supreme Court’s ruling that corporations are people and the creation of political action committees, big corporations and billionaires are pouring millions of dollars into our elections and electing politicians who are happy to cater to greed by lowering taxes, eliminating environmental and public safety regulations, privatizing government services, and reducing the power of workers, voters, and local governments.

Rather than curbing this greed, President Trump is embracing it.

He has directed the EPA to allow oil, gas, and coal industries to pollute more. He wants to privatize the nation’s air traffic control operations and increase funding for oil and gas drilling on public lands.  Last fall, he proposed massive tax cuts on corporate profits and the elimination of estate taxes on millionaires.  According to the Tax Policy Center, almost half of his proposed tax cuts would go into the pockets of the richest one percent of Americans. To pay for this greed, President Trump proposes to eliminate or reduce federal funding for many important programs that help American families.

Our Republican legislators in Tallahassee are also contributing to greed.

Senator Keith Perry wants any Florida resident who unsuccessfully challenges real estate development to pay up to $50,000 in attorney fees and court costs. House majority leader Ray Rodrigues is blocking a bill that would ban fracking. Representatives Randy Fine and Paul Renner seek to decrease the power of local government to regulate businesses.  Senator Greg Steube has filed numerous bills to increase the open carry of weapons – in airports, public meetings, career centers, and courthouse entrances. Senator Dennis Baxley, who represents the northwestern portion of Lake County, seeks to eliminate unions if the number of dues-paying members drops below fifty percent of the employees. He also hopes to stop voters from passing constitutional amendments by requiring a two-thirds vote.

Who pays for this greed?

We do – every time we work for low wages and pay high prices.  We pay whenever our legislators give tax cuts to big corporations and wealthy individuals, and then try to balance the budget by eliminating social programs. Services are cut, jobs are lost, and sales taxes and government fees are increased – shifting the cost of government onto poor and middle-class families. The effects of polluting and warming our planet will be devastating. The human suffering caused by poverty is beyond measure. Greed is indeed the root of all evil.

Perhaps comparing human greed to the eating habits of pigs is unfair. The pigs just want a meal; human greed is insatiable and pays no attention to truth, fairness, or compassion.